If you haven’t met him yet, I need to introduce you to Kenji Ekuan. 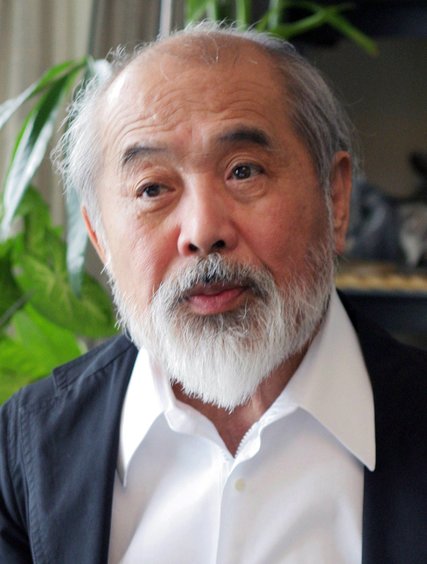 Kenji Ekuan designed the Kikkoman soy sauce bottle. This bottle is impossible to avoid—if you’re alive, you’ve seen it (300 million bottles sold). But Kenji designed more than just the soy sauce bottle—he was an industrial designer who designed everything from motorcycles and trains to logos. 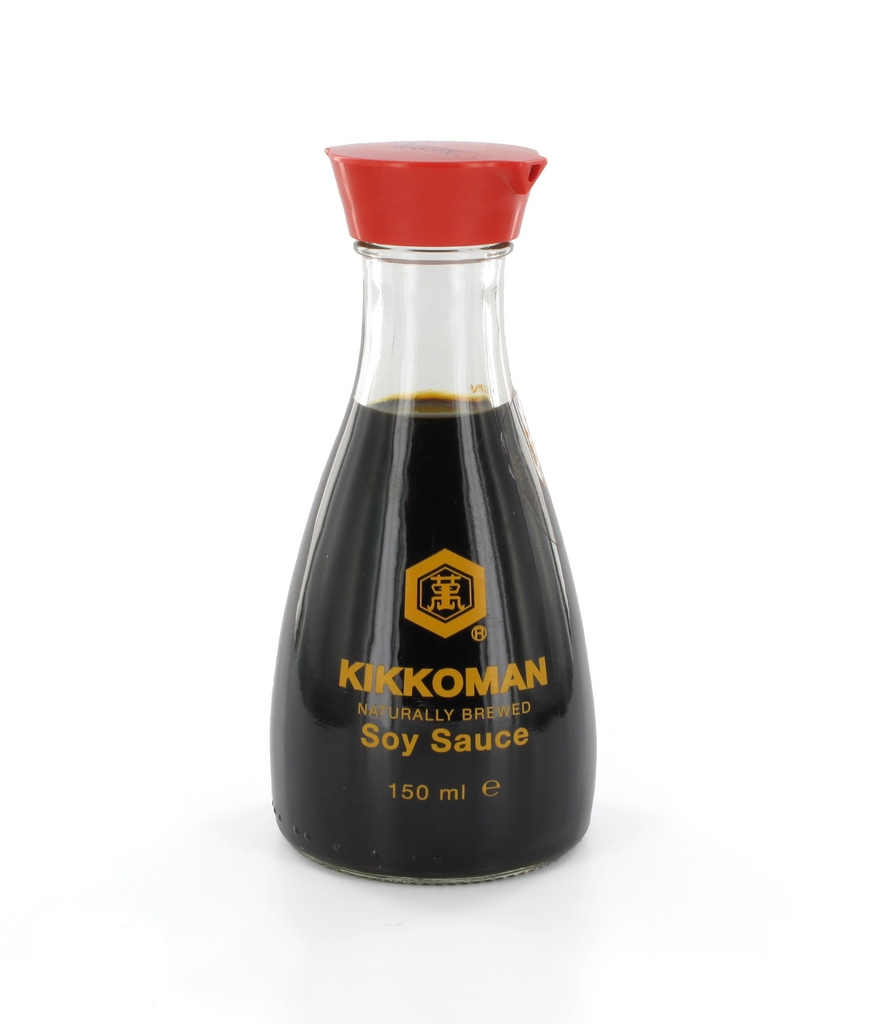 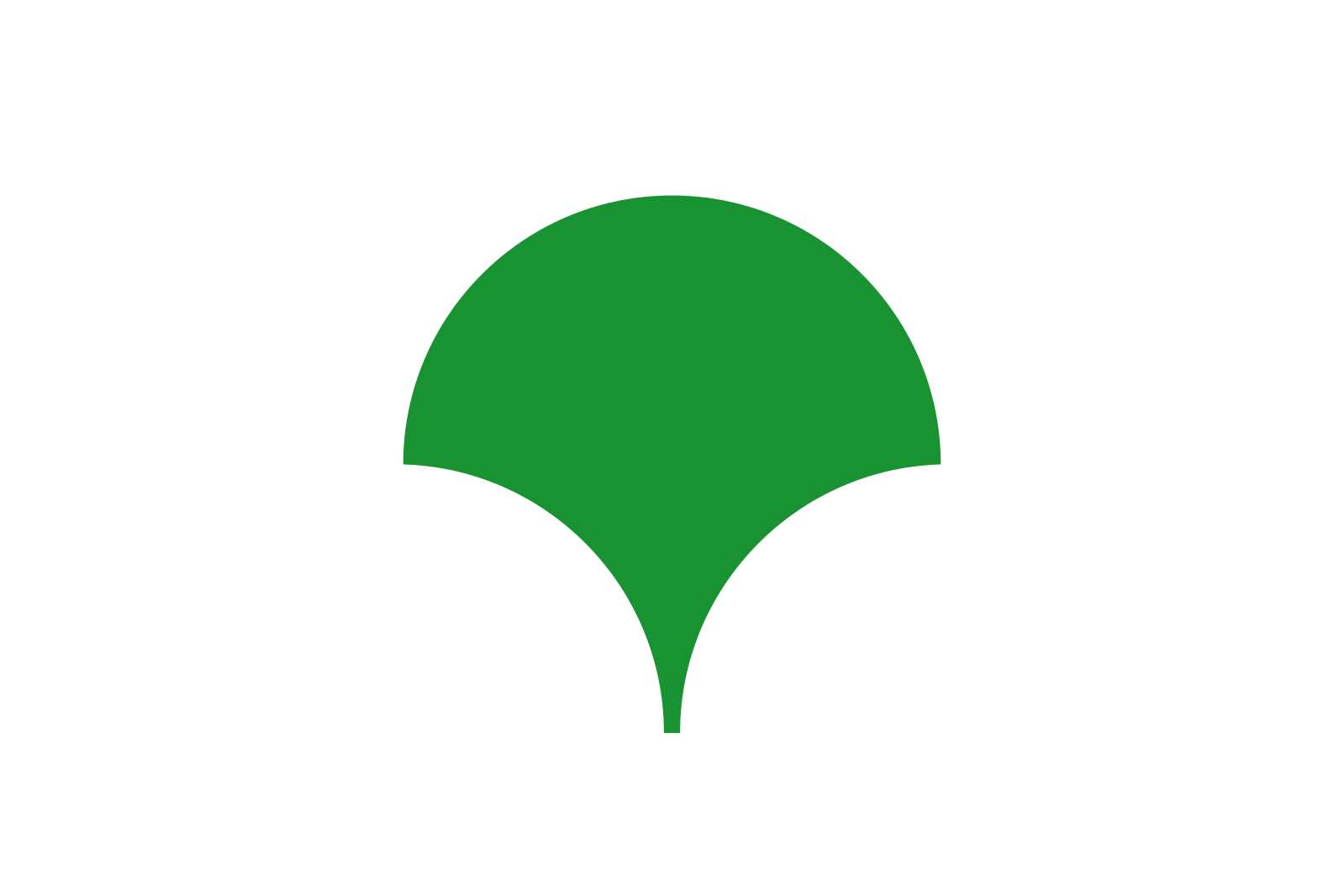 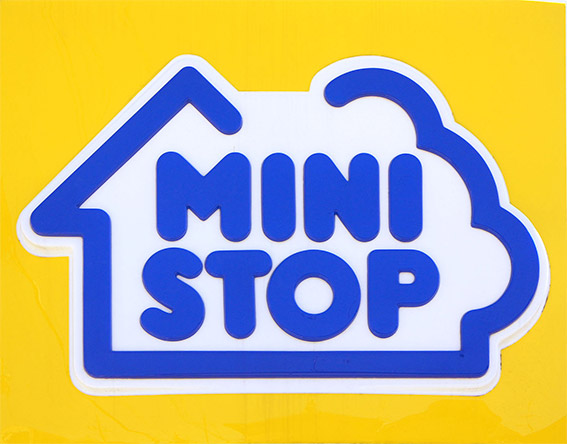 When Kenji died in 2015, a quote from his obituary in the New York Times left me speechless and has stuck with me since then:

He had witnessed (World War II’s) effects firsthand as a teenager, in his family’s hometown, Hiroshima, days after its destruction by an atomic bomb.

“Faced with that nothingness, I felt a great nostalgia for human culture,” he told The New York Times in 2012.

“I needed something to touch, to look at,” he added. “Right then I decided to be a maker of things.”

I can’t imagine this experience—the complete removal of human-made objects. Objects are designed, produced, traded, and end up as the building blocks of our homes and communities. The room I’m sitting in now is completely full of objects that are the result of human thought, creativity, and skill. But they blend in, they become the environment completely, so there’s no contrast to see them clearly. Like a fish, we don’t think about the water.

I imagine that, for Kenji, their absence made their meaning and significance clearer. In that sudden contrast, it’s obvious that they are essential, not mundane or insignificant. Each object represents humans building, creating, providing for each other. Each object makes things just a little bit better, more beautiful, more human.

One of my college professors, Fr. James Neilson, is a Norbertine priest who teaches both at the college and at the prison nearby. He often mentions that the two campuses were built in the same year and that the contrasts between them inform his work in striking ways. His reflections on life at the prison remind me of Kenji’s story:

“I think they’re in a situation where beauty is at a premium. Because you don’t typically find beauty in a maximum security prison, this is what they long for. So this gives me a reason to believe that my students need to appreciate what it is they have all around them and in abundance because their lives can become more meaningful and richer as a result of it. If you’re always around something, you fail to recognize how significant or important it is. The inmates live in a very impoverished situation and it has really reinvigorated my mission to speak about beauty in a very passionate, authentic and very influential way.”

In one of his lectures, Fr. Neilson gave a powerful defense of beauty that grew from his experiences at the prison:

“Beauty is life-affirming and life-giving. If cut off from beauty, you will feel its removal as a retraction of life.”

Beauty is easy to overlook until it’s no longer there. When it’s gone, we realize it’s as essential for human survival as food, air, water, and shelter.

A well-designed object that reflects someone’s time, energy, and care, sends a life-giving message. For Kenji, the design of objects was nothing less than part of the fundamental human right to live:

“Regardless of what the object of design is, humans need design. For anything humans use in their day to day life, they need design and it is a clear and concrete proof of the fundamental human right to live.”

In the starkness of Kenji’s experience, any human-made object of any quality would be a symbol of hope, possibility, and community. But, the prison is a human-made object as well. The environment it creates is lacking beauty, and that quality has an effect on the people who live there according on their level of need for beauty. To a starving person, any food is a blessing. But after that, the food needs a certain level of nutrition and quality to be a sustainable life-giving force. At first, the binary switch from non-existent to existing is the thing that matters. After that, the quality of what you have matters immensely.

Just like food needs to be nutritious, sustainable, and delicious, our designed objects and environments need to be positive, supportive, and beautiful presences in our lives to be truly life-giving.

Makers of Things – A Dinner Party

So, how do we create things that are life-giving rather than life-retracting? If we are a “maker of things”, and we have a responsibility for how the things we make influence people’s experiences, how do we make sure it’s a positive one?

Let’s join a dinner party in honor of Kenji Ekuan—around the table is an esteemed group of designers and writers reflecting on the questions: “How do the things we make affect people? Why does that effect happen? How can we do our best as ‘makers of things’?”

I’m guessing our first guest needs no introduction, but here he is—Jony Ive is the Chief Design Officer at Apple. Jony reinforces the idea that the quality of an object has a direct impact on a person’s well-being as they use it:

“When our tools are broken, we feel broken. And when somebody fixes one, we feel a tiny bit more whole.”

Next to Jony is Dieter Rams, a German industrial designer well-known for his work designing products for Braun and an influence on Jony Ive. He contributes:

“The aesthetic quality of a product is integral to its usefulness because products are used every day and have an effect on people and their well-being. Care and accuracy in the design process show respect towards the consumer.”

Dieter is echoing Jony and hinting at another idea: the care and attention put into the design process itself might be the reason this link exists between an object’s quality and a person’s well-being.

“Part of the human condition is that we sense care.”

“The only way you can make something great is to care to an extraordinary level.”

Our next guest, Julie Zhuo, Vice President of Design at Facebook, gives a definition of quality that is rooted in care:

“Experiencing it, you get the sense that somewhere out there in the vast and unknowable world, some person sat down and crafted something with her hands and the full dedication of her heart, so that the end product wears its maker’s love like a laughing child wears happiness. You can tell—although you may never know or meet this person—that she cared deeply about what she was creating, cared more than was necessary, perhaps, more than anybody expected her to care. You get the sense that she would have made what she made even if it were just for herself and for nobody else. This is because no detail was left unconsidered, no piece of her creation left to haphazard winds.”

Quality is the sense that whoever made this cared about it and about the people who would use it, and we are tuned to pick up on those frequencies.

A book with proper margins says, We respect you, Dear Reader, and also you, Dear Author, and you, too, Dear Book.

A book with crass margins will never make a reader comfortable. Such a book feels cramped, claustrophobic. It doesn’t draw you in, certainly doesn’t make you want to spend time with the text.

On the other hand, cheap, rough paper with a beautifully set textblock hanging just so on the page makes those in the know, smile (and those who don’t, feel welcome). It says: We may not have had the money to print on better paper, but man, we give a shit. Giving a shit does not require capital, simply attention and humility and diligence. Giving a shit is the best feeling you can imbue craft with. Giving a shit in book design manifests in many ways, but it manifests perhaps most in the margins.

Think of design like the dinner party itself. The wine, charcuterie, and plates, are important but ultimately it’s about the experience of the guests around the table. Design is both craft and hospitality.

Our next guest has been quiet so far, but he has a lot to say. Robert Pirsig was the author of Zen and the art of Motorcycle Maintenance, a philosopher who defined a Metaphysics of Quality. He explores how this care works:

“The difference between a good mechanic and a bad one is this ability to select the good facts from the bad ones on the basis of quality. He has to care!”

“The craftsman isn’t ever following a single line of instruction. He’s making decisions as he goes along. For that reason he’ll be absorbed and attentive to what he’s doing even though he doesn’t deliberately contrive this. His motions and the machine are in a kind of harmony. He isn’t following any written instructions because the nature of the material at hand determines his thoughts and motions, which simultaneously change the nature of the material at hand. The material and his thoughts are changing together in a progression of changes until his mind’s at rest at the same time the material’s right.”

There is no trick, no recipe. The person who cares is a person who is paying attention, noticing little details and adjusting them until the balance is just right.

“If you really don’t care you aren’t going to know it’s wrong. The act of pronouncing it wrong’s a form of caring.”

By caring, we’re willing to keep going and improve what we’re making because we know it’s not quite right yet and we want it to be right.

“It’s a kind of noncoalesence between reason and feeling. What’s wrong with technology is that it’s not connected in any real way with matters of the spirit and of the heart. And so it does blind, ugly things quite by accident and gets hated for that… The ugliness is being noticed more and more and people are asking if we must always suffer spiritually and esthetically in order to satisfy material needs.”

One characteristic of things that lack quality is a disconnect between logic and intuition, function and beauty, structure and style.

The way we make things, our relationship to the things we make, affects people directly. That energy is transferred to them when they use it. If we care, the thing we made takes care of them, and they may feel a huge range of emotions in response—joy, surprise, delight, peaceful, focused, playful. If we don’t care, the thing we make is incomplete, broken, unwelcoming, or ugly, and it makes them feel the same way.

As Kenji would say, “Objects have their own world. Making an object means imbuing it with its own spirit.”

There is only one rule of life. To care, to show attention, kindness, and enthusiasm.

In the kitchen, chef Niki Nakayama cooks. She says, “When I’m plating a dish, my mind is completely shut off.”

On the wall is a sheet of paper…

She plates the dinner, and brings it to her guests. They smile.

“I do think one of the things that just compel us is that we have this sense that, in some way, by caring, we’re actually serving humanity.” –Jony Ive

“I believe that it is the essential purpose of industrial design to serve the people, be they rich or poor.” –Kenji Ekuan