The Light Has Changed (The Park Painters, Part 2)

Welcome to The Pattern Workshop, a newsletter about creativity. I’m your host, Kevin McGillivray. This is part two of a new season (read part 1 here), telling the tales of my outdoor painting sessions this summer in real time. Let’s begin, while we still have the light…

The light has changed. The sun is hazy. It’s like wandering in a dream or the feywilds. As I walk over to my painting spot, I wonder how different the scene will be. I wonder if I should be wearing a mask, and if I’ll ever see another summer without smoke.

Frank and John have moved to new spots. Maybe to account for the change in light. Frank says, “Hey, hey… howdy, howdy…” as I set up my easel and scan the scene. It’s a different place than it was last week. The haze took the color from the grass and gave it to the trees.

By the time I’m ready the light has changed again. Closer to what it was last time but… still skewed. Is this where I was standing? Now I have to start. The hard part. Quickly now. 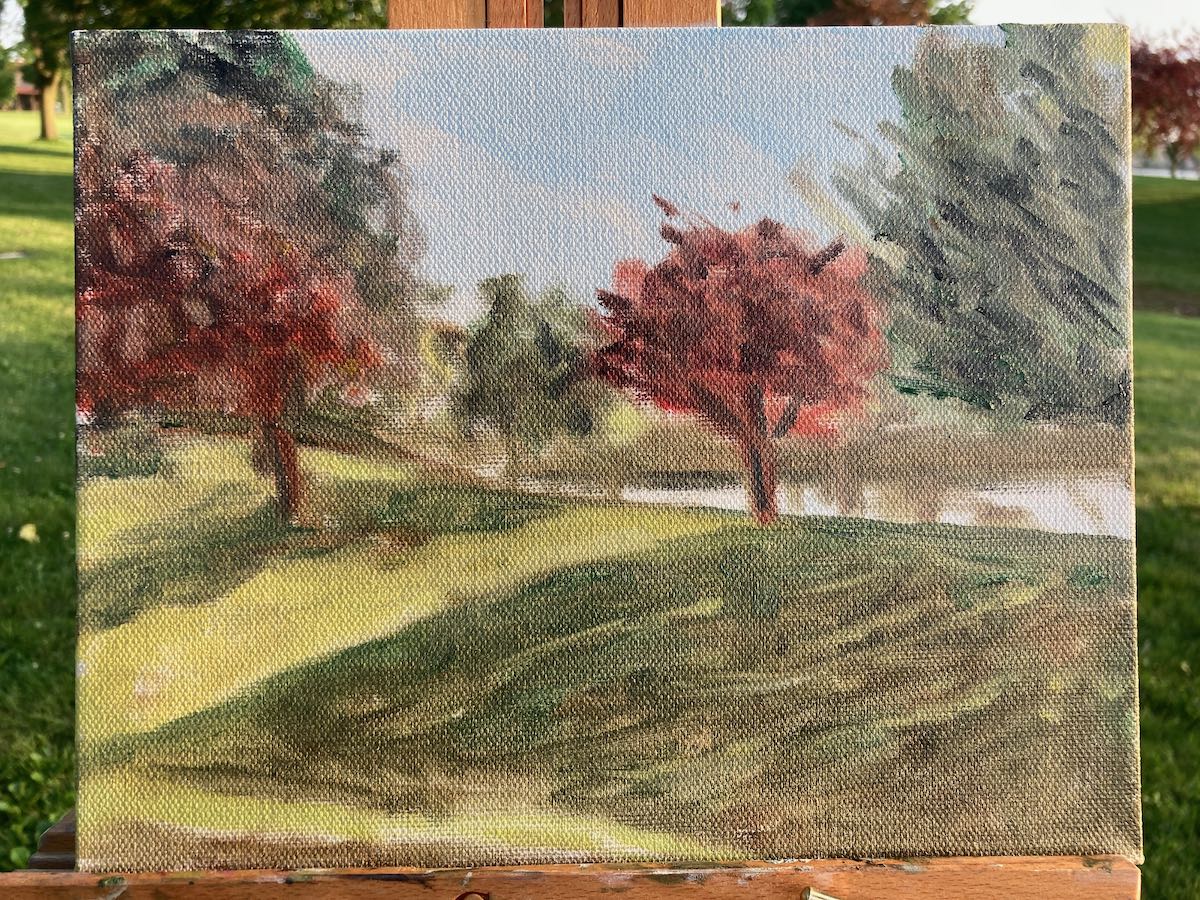 My current painting after the first week.

After rain, the primary concern is light. Am I standing in the sun or the shade? How cloudy is it? Where is the sun in the sky when I start? Where will it be when I end? Is it similar to last time? Is it too different than last time? Why is that shadow a different shape than it was last week at this exact same time? You get familiar with the orientation and moods of the celestial spheres with more nuance than normal. Like wine tasting compared to grabbing a bottle from the rack.

The painters often greet each other by discussing the light. “Wow, the light is so different today,” or “The light keeps changing today.” It sets our pace. We chase it as it fades, we rush to act when it shifts back into place. It determines when to start and stop. We’re standing in one place, but we’re chasing the light. As the sun sets, we say, “I lost the light.” 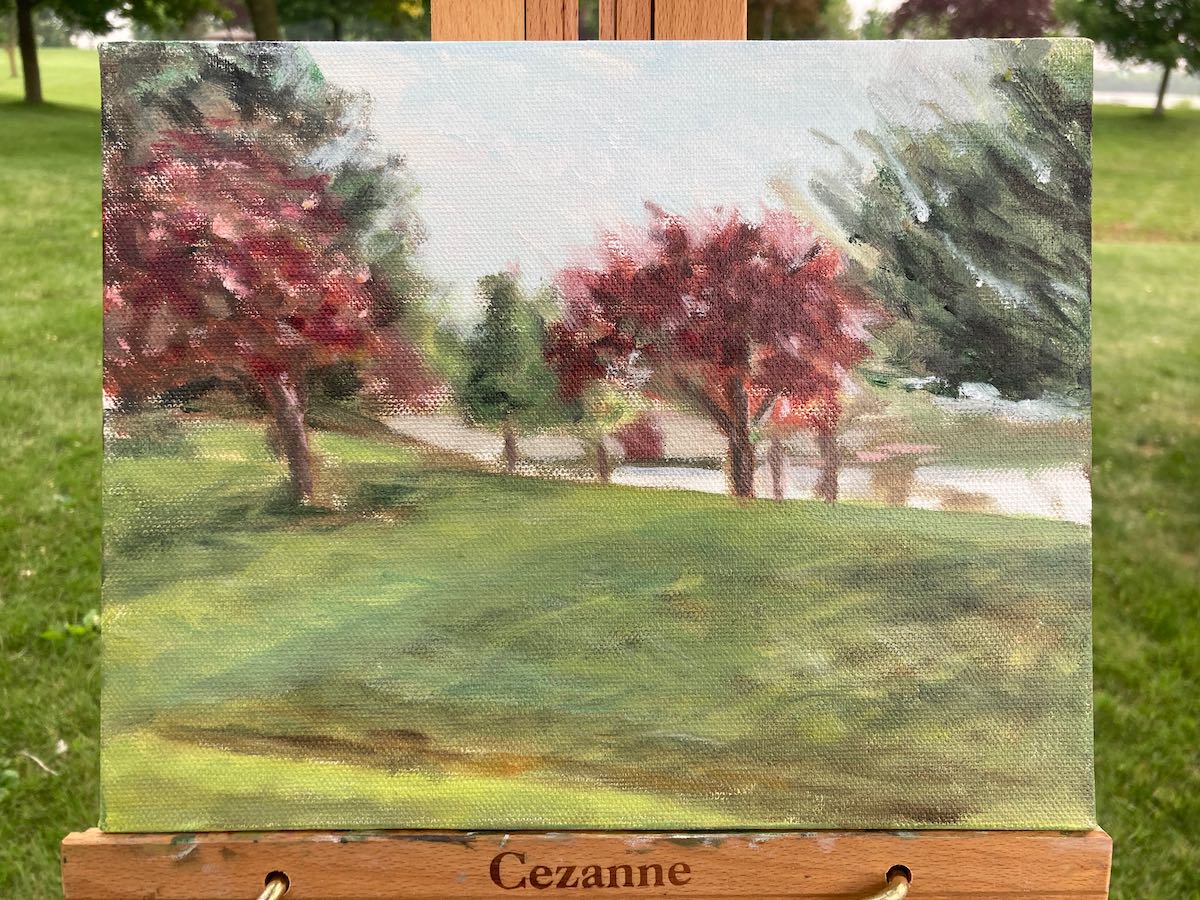 After the second week, adjusting for the change in light.

There are lessons about creativity here. It feels that stating them directly would be too harsh for today. Something about how art happens in the space between yourself and the light, in a place in-between subject and object, where both and neither exist. Something about how we do what we can with the time we have before the light changes. But that’s for another day. Or maybe it’s better understood by looking at paintings.

For now, the AQI is high and we have a smoke forecast every day. People keep talking about how beautiful the sunsets are in the haze. The light has changed. And I’m painting it.